I spotted a few hillsides of Nolina microcarpa on one hillside. Photos from 11/29/2019. 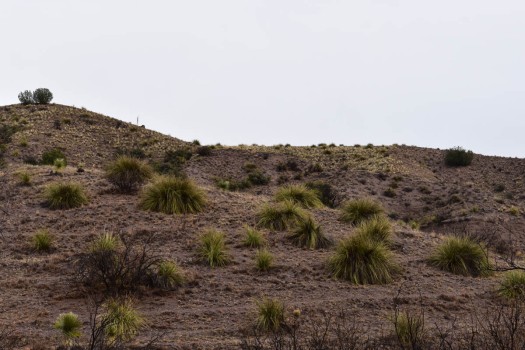 That illustrates why winter interest goes way beyond the longings of some, flowers as many month as possible.

It must include evergreen foliage, and not just some basal leaves that stay alive in the cool season.

I was driving back from a cold and wet Thanksgiving trip to a friend’s weekend lodging, hidden in a deep valley at the edge of the Gila region. Any colder, and it would have snowed there.

It did snow up here, over 1,000 feet higher in elevation, the day before and the day after Thanksgiving. 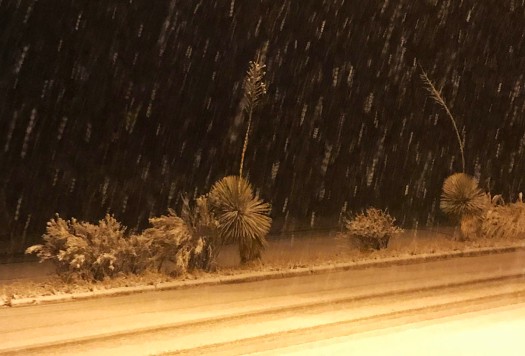 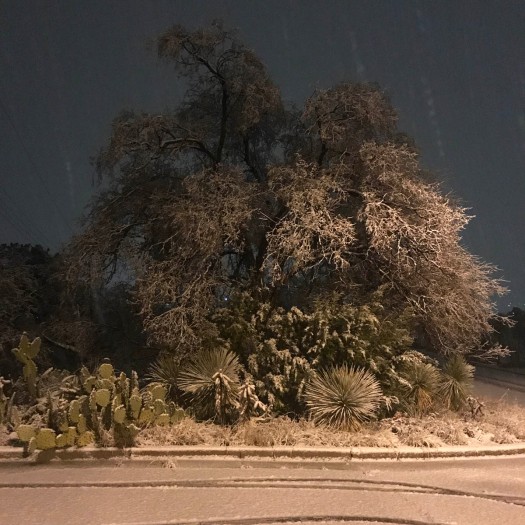 The rolling hills grabbed my attention, the heater blasting in my car. Where ecoregions fade into each other: Chihuahuan desert grassland becomes the Arizona-New Mexico Mountains. That’s one of my favorite things to see, everywhere it occurs.

Other than the evergreen foliage, did you notice the plant spacing? This elegance: letting the process of infrequent rain events and slope determine the quantity of plants that can be sustained.

There’s no over-crowding here. Not only are the Nolina microcarpa spacing themselves where precipitation can sustain them, but so are the native bunch grasses. (no ID)

You can click on many of my images to enlarge. Unless noted, all are mine; thanks for *not* reusing images or content. Feel free to do so with credit to me or simply by asking.

Weather at End of Posts

If the day’s weather and my post relate, I extrapolate nearby weather conditions for my house. That date’s high and low temperature with any precipitation are listed.

That’s supplemented with my old Nikon Coolpix S3700 handheld camera or iPhone 7, and rarely I use a print from the scan function on my HP Officejet 7612.

I do minimal or no processing, treating light and shadow as my friends. Working in the desert, I often have to shoot into intense sun and shadow, or the blinding midday light.

No matter what, I first capture the big picture before any details.